Past Headmasters of WHPS 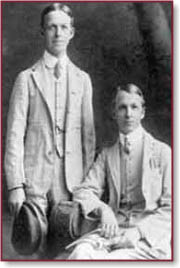 At a time when South Africa was still recovering form the traumas of the Great War and the devastating strike on the Rand in 1922, when General Smuts was Prime Minister, a brand new four-seater motor car could be purchased for £190 and family houses in Arcadia were selling for £1 500, the Ruddell brothers opened their Preparatory School for boys on Friday, 2 February 1923, with a total complement of twelve day boys (£6-2-0d per term) and two boarders (£25 per term.)

“There are very few boys who passed through Ruddells in the ‘thirties’ and ‘forties’ who will not recall with great affection Miss Meggis Lloyd, a member of staff since 1927. Before closing these notes I wish to record a special word of appreciation to Miss Lloyd for her unfounding help and co-operation in all that concered the welfare of the school. During these difficult times, caused by changes of staff as, one by one our teachers have joined the Forces, Miss Lloyd has been ever ready to step into the breach and to give whole-hearted help wherever possible.” 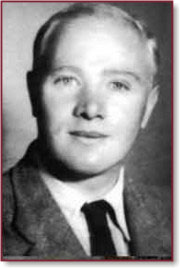 Joining the school of a little under 100 boys in 1943, Dudley Gower immediately established himself as a play writer and producer of note, producing no fewer than four successful plays in his first year. An innovative, selfless man, he introduced many worthwhile changes including the introduction of SG 1 and 2, more efficient timetabling, fortnightly report cards and daily report forms.

He succeeded to Headmastership in 1947 on the express wish of Wilf MacRobert who was to succeed him three years later.

It was during Dudley’s first year as a headmaster that WHPS experienced its first ‘strike’! The shock to the boys (parent’s) of General Smuts and his United Party’s unexpected loss of the first post-war election was too much for the boys to tolerate!

At the end of 1949, Dudley Gower resigned and returned to England. “His going will be a great loss to the school and to me personally,” acknowledged Wilf. 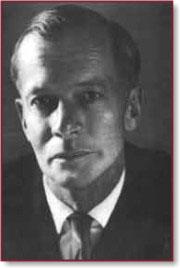 “Those of us who have been closely associated with him during the past few years, know well the outstanding ability and hours of hard work which he gave so selflessly to the welfare of the school. Many of his ideas and innovations in the general routine of the school will be of permanent value to us. We will miss him most though for the man he is, a man of character and ideals with the courage of his convictions, a fine sense of humour and one who invariably put himself last.”

With the retirement of the Ruddells at the end of 1946, they offered the Headmastership to Wilfred MacRobert, an old boy, who at the age of 27 years felt that he was too young and inexperienced to become a headmaster having only joined the school in 1946.

“Mr Dudley Gower (who had joined the school in 1943) agreed to act as headmaster until I was ready to take over. This was an altruistic act of Dudley’s for which I shall always be grateful.”

WHPS had now grown to a staff of 9 teachers and 144 pupils, at which time Grade 1 and Grade 2 classes were established. 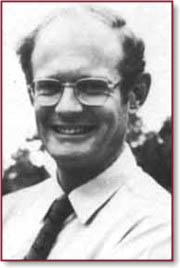 It fell to Michael Quail to uphold the proud record and traditions established by the previous headmasters. Michael was supported by his wife, Blanche, herself a university graduate and teacher of English, Art, Drama and a playwright who brought vigour into classrooms and onto the hockey fields.

It was during the Quail era that WHPS entered into a period of transition and consolidation. The Transvaal Education Department’s Curricula and schemes of work were introduced and, following a referendum of parents, Standard 6 classes were abandoned.

Seven new classrooms were built during his headmastership, which included improved facilities for science, art exhibitions, and a museum under the organisation of Dr and Mrs Robbie Macmillan.

Woodwork classes were introduced and with a library expanded to 2 226 books, compulsory half hour weekly library periods were introduced for all classes. Enrolment of pupils in the Golden Jubilee Year of 1973 stood at 160 day boys and 40 boarders.

Mid-way through the school’s 50th anniversary year, which was celebrated with a ‘Grand Fete,’ Michael Quail resigned his position as Headmaster. 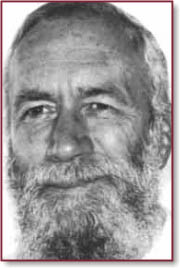 Michael de Lisle – a Rhodes Scholar – and his wife, Mary Beth, took over the school in July 1973, halfway through its Golden Jubilee Year, and saw it through a difficult time when numbers were declining. It was in this period that the move to spare land at St Alban’s was promoted by the School Council but rejected by the Old Boys.

The school community, in which the Old Boys’ Association was prominent, undertook a concerted effort to keep the school’s independence. What eventually made it possible for the School to stay was the re-establishment of standards and the slight rise in numbers that was de Lisle’s achievement.

Michael de Lisle’s headmastership was extremely distinguished, as was the man himself. Extracts from the School magazines that follow attest to this. The contribution of his wife must not pass without mention. It was a time when the school was academically strong and an atmosphere of quiet discipline prevailed. A very fine staff was assembled that stood the school in good stead long after Michael de Lisle retired. It was a time, too, when the outdoor activities on the Macmillan and Junod farms became a notable feature of the school life. When he retired, Michael de Lisle began a new career as an Anglican Priest. 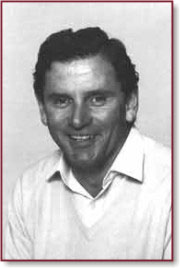 It was during a period of indecision and uncertainty of the future of WHPS that Patrick Hamilton was invited to assume the headmastership of his old school where he was once headboy (1953). Patrick, a “Whirlwind of Change” with his limitless energy and enthusiasm, immediately set the school on a decisive course that would change the face of WHPS forever, more than doubling the school’s numbers in the process.

Well-liked and respected by boys, staff and parents alike, Patrick, in idea-a-day man and super communicator, was involved with everything from tending the grounds, re-writing the syllabus, insisting on academic excellence, sportsmanship, writing and acting in school plays and introducing many innovative ideas, for example, Project Term, After School Care Centre, Ruddell Theatre, Ikageng and Art Alive, which the school continues to benefit from to the present day. Not the least of his innovative ideas was Wilf’s!

His strong moral principles and sense of fair play led to his refusal to bow down to the reprehensible decisions of the Department of Education of the day, opening the school to black pupils against their policies. Adult literacy classes were soon to follow for the domestics, gardeners and workers from the local neighbourhood. Leaving the school in 1989 to establish the Project for the establishment of Pre-Primary and Primary Schools, (PEPPS), he would have been well satisfied to have heard the comment from a parent attending family fun day, “I have never experienced such a feeling of happiness at a school before.” 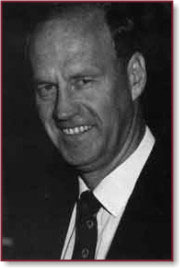 The school has been blessed with some outstanding Headmasters in the past, and the choice of Gavin Sinclair to lead the school through the last decade of the 20th century proved to be a wise decision. Married to Mary, who served St Mary’s DSG with distinction, and the father of three fine children, Gavin grasped the nettle and launched himself into all facets of school and community life. Educated in Rhodesia, he was deputy headmaster of The Ridge School in Johannesburg immediately prior to accepting the headmastership of WHPS.

Inspired by his Council-supported overseas study tours, which included the UK and United States, WHPS could now boast Design and Technology, Computer and Music Centres to international standards. No fewer than 30% of the school’s pupils were now playing musical instruments. The formation of a school orchestra was initiated whilst the choir continued to grow in numbers and quality.

The boys of WHPS under Gavin’s respected leadership continued to learn the values of discipline, fair play, good manners, empathy for others, integrity and a sense of fun, all of which would equip them well to cope with the challenges of the future. Gavin made his own mark on WHPS that protected its ethos whilst firmly entrenching it as a leading preparatory school for boys in South Africa. His contribution has been immense as has his protection of the school’s motto: “Work Hard, Play Straight.” 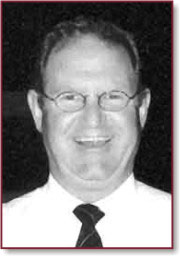 Tim Jackson, his wife Robyn, and sons, Christopher and Matthew, joined WHPS at the turn of the new millennium. Tim was a fatherly figure who noticed every boy at WHPS, knew his name and made him feel that School was his home. A good communicator, Tim initiated a weekly newsletter, featuring a tongue-in-cheek cartoon of himself at the time, which today still serves as a useful communication medium with the parents.

Tim?s approach to leadership was that of “conserve and innovate”, i.e. maintaining WHPS? values and traditions while introducing new concepts such as the School?s Education Forward Plan and a Practical Maths Centre for the boys.

Tim also introduced the WHPS Code of Conduct and “A Pupil’s Rights and Responsibilities” to assist the boys in embracing a sound value system that will remain with them for the rest of their lives.

During his term of office, WHPS entered the new millennium in fine style with the inauguration of the Waterkloof House Theatre, a magnificent legacy funded by parents, Old Boys and friends of the School.

Tim and his wife left WHPS to teach at a school in Botswana. 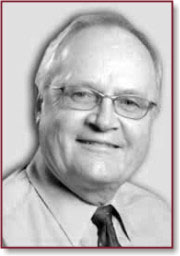 A graduate of Port Elizabeth, Doran Herringer has spent the greater part of his professional career at WHPS as a teacher, cricket coach, deputy headmaster and headmaster (as from 2003), supported by his wife, Dee.

A man of action who strives to get results, Doran has driven and supported a number of projects at WHPS: the establishment of the Pre-Prep with the introduction of girls (up to Grade 00) for the first time in the School?s history; the conversion of a house in Nicholson street into the new Grade 0 block; and the installation of a new pool for the Junior Primary.

The introduction of smartboards in every classroom at WHPS during 2005 was definitely the achievement of a milestone, while every teacher plugged into a computer and linked to email and the internet.

An exciting event was the realisation of Doran?s dream to install state-of-the-art turf cricket nets at WHPS in 2005 and the first-ever overseas cricket tour, during which the WHPS First XI won eight out of ten games against the UK teams.

Doran retired at the end of 2009 and with an incredible 36 years of service to the School, Doran knows WHPS like no other – he is part of the fabric of the School and has made a substantial contribution to its development.

“If a teacher is indeed wise he does not bid you enter the house of his wisdom, but rather leads you to the threshold of your own mind.”

Waterkloof House Preparatory School (WHPS) is situated in Pretoria, South Africa and is an independent (private) School, offering education to Grade 000 and Grade 00 boys and girls, and Grade 0-7 boys only through the medium of English.